This post highlights our recent work dismantling a large Monterey cypress in Wyke Regis, Weymouth. I’ve included a number of images to complement the YouTube video.

Removal of a large, venerable tree such as this one is never undertaken lightly. In this case, a number of large limbs had previously crashed out of the tree during stormy weather, and caused damage to the owners’ and neighbours’ property. The tree was situated in the middle of Old Wyke village, within the local authority’s Conservation Area, so was afforded statutory protection. The Borough Council’s tree officer authorised the removal of the tree because of safety reasons, and we worked carefully to ensure that the risk of further possible damage caused by our dismantling operation was minimised. Most of the canopy was dismantled in small(ish) sections, then rigged and lowered under control. The work was complicated by limited access to the garden, so we could only extract pieces that could be lifted manually by one or two people.

The whole operation, including sawing up a load of logs for the owners, took a week to complete, and the resulting timber will take another couple of weeks to process into firewood logs. 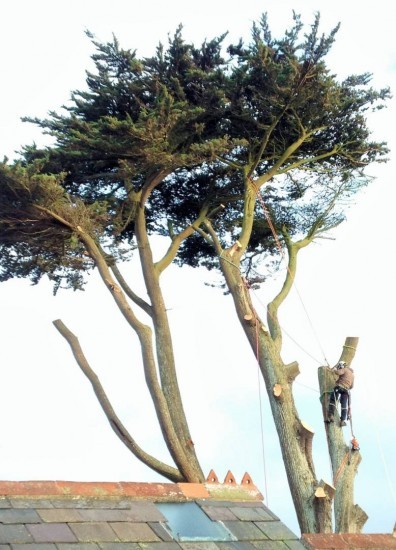 Josh rigging the next section to be lowered 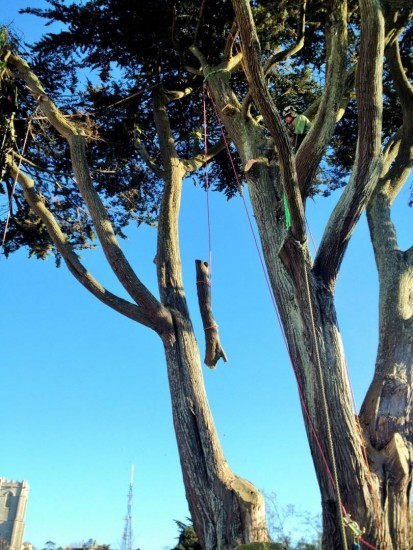 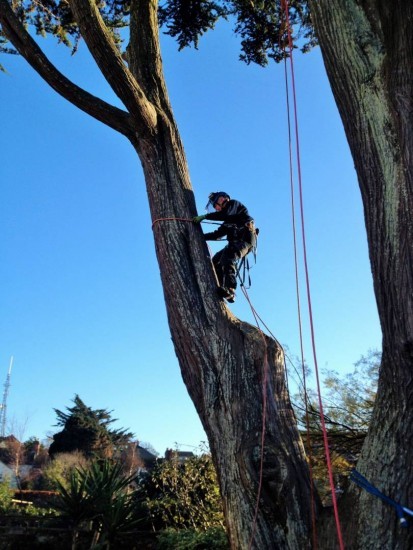 Bruce spiking up the stem 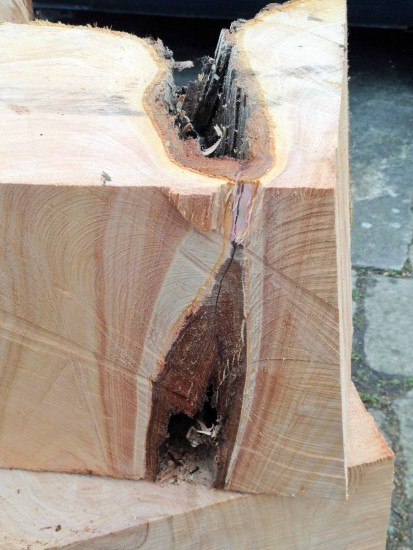 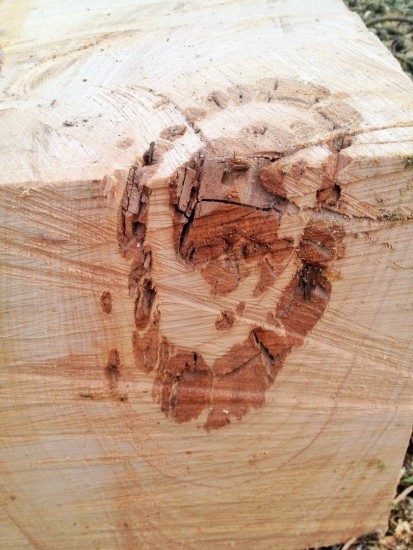 Cubical brown rots form where fungal pathogens digest the cellulose from within the cells, leaving only dry, dysfunctional material 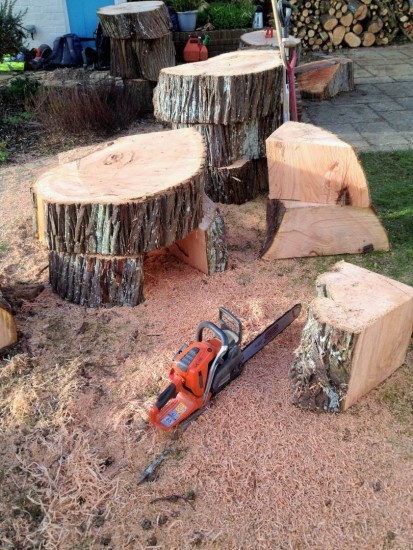 The ‘husky’ on a well-earned break 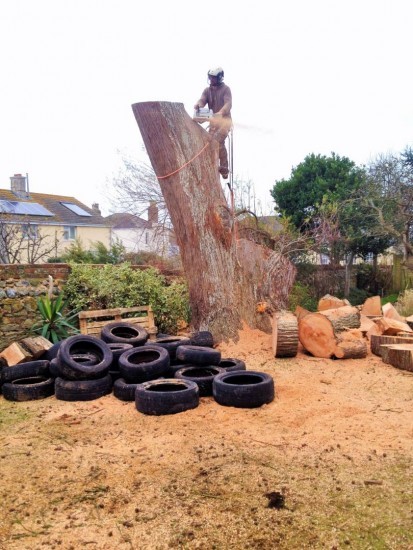 The old tyres absorb the impact and protect the lawn 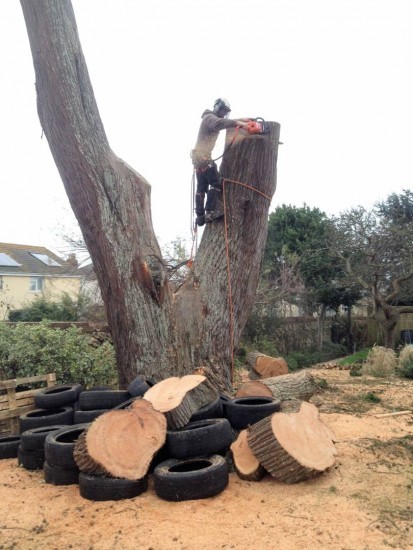 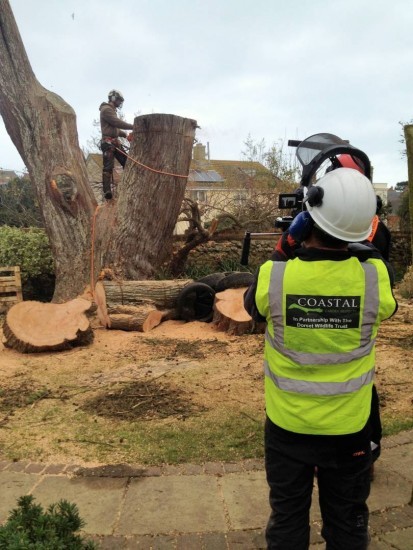 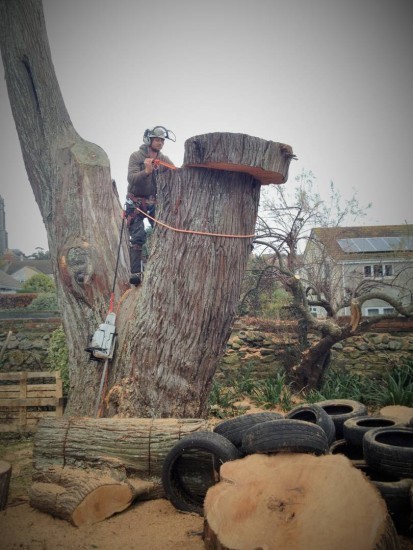 Each of these pieces weigh almost 200 pounds, 90 kilos 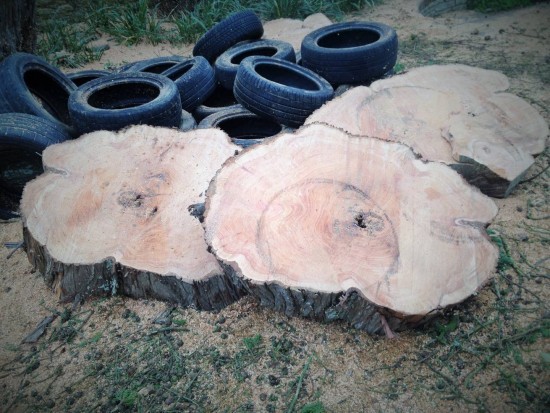 I prefer crackers with mine…

You need a hefty saw for logs this size 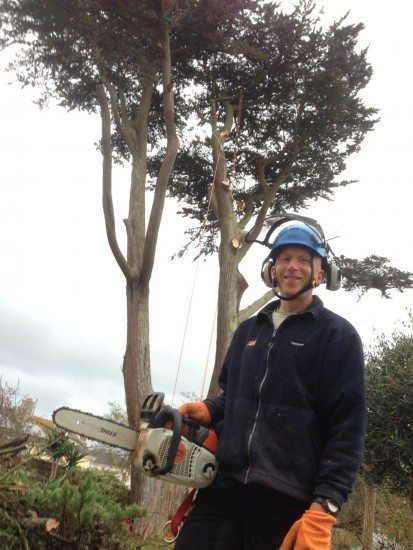 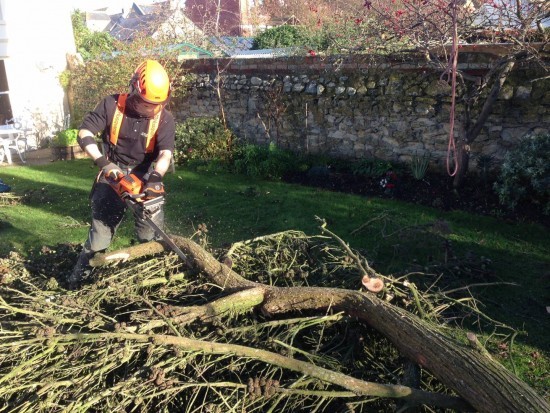 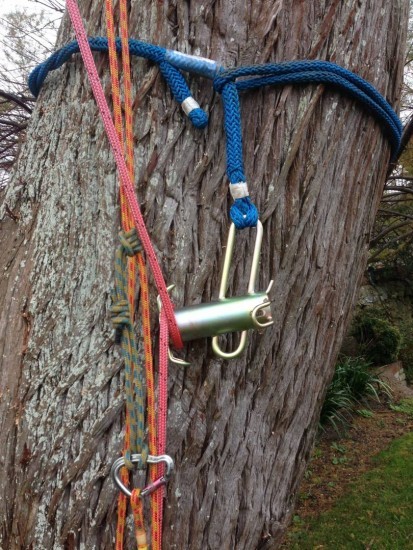 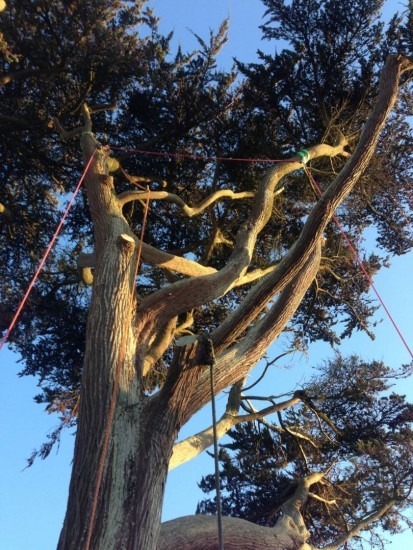